Loving the ease of making slices for laser-cutting - thanks so much for the tool! But I am struggling to get the slices aligned. Is there a function so we generate an outline on the bottom piece so we know exactly where the next one goes, e.g. like this: 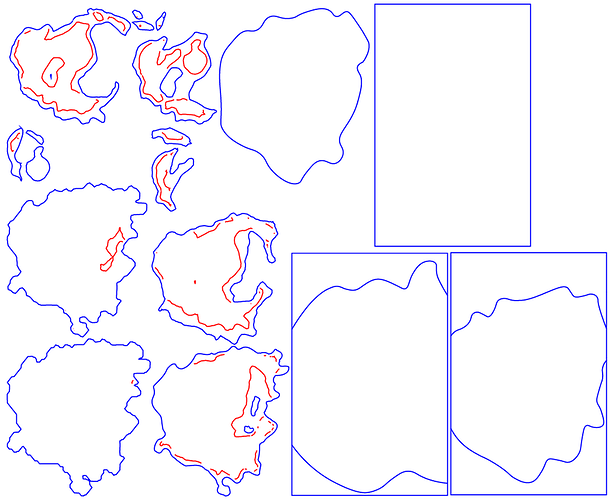 Hi @mak and welcome! Can you do something as simple as add one or two pin holes that goes through the entire stack?

Thanks @stewart. Yes, but it would require a lot of pinholes for anything more complex, such as 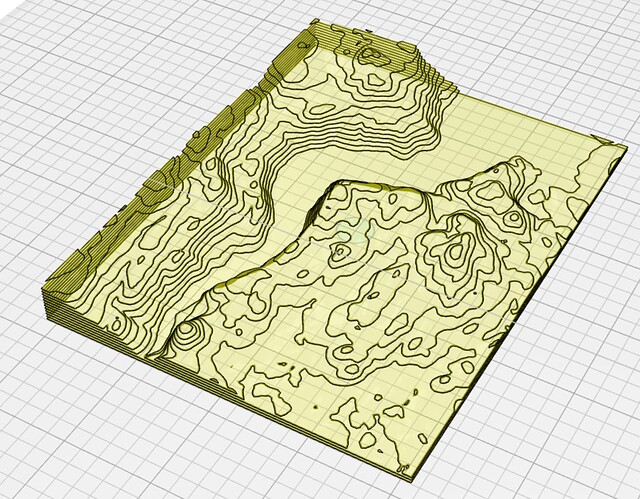 image1449×1132 213 KB
and I think I’d lose track of which pinhole went where.
The previous slicer I used was a now-defunct plugin for Fusion360 which had this function built-in, and I didn’t realise how important it was until I tried making a topographical map without it!
stewart November 23, 2021, 9:47pm #4

let me take a look at the code and see if I can whip something up. the easiest way to do this is with SVG colors, if you’re using that output.

Awesome, that would be amazing. Colored SVG is perfect