Slot not cut to full depth 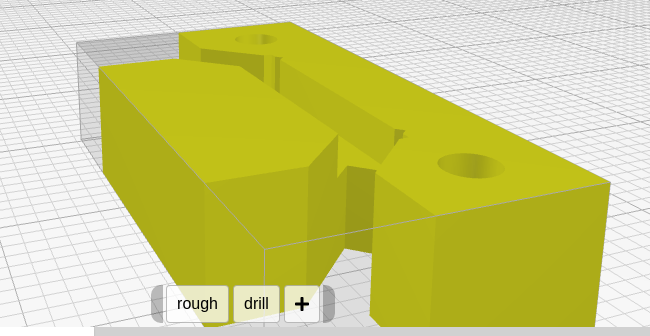 With a step-down of .1", I’d expect two passes of the cutter to create that shallow slot.

But here you can see that I only get one pass. It’s just .1" deep. (That’s clear when I animate it.) 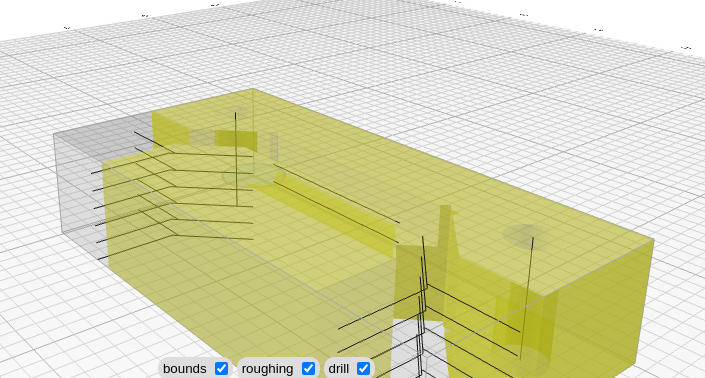 BTW, this problem occurs whether I use roughing or outlining to do the cutting.

@pgf you have to enable “clear faces” for it to match cutting depth to detected planar z faces. otherwise it just steps down by the depth you provide.

Ah. I wasn’t thinking of those slot bottoms as “faces”. My stock really is .6", so i haven’t been enabling that. Thanks.

BTW, I regularly get this error condition, when I switch to Onshape, make a small change (like the depth of that slot), switch back to KM, delete the previous part, and then attempt to import the new version. I can’t say that it happens every time, but it’s pretty often. 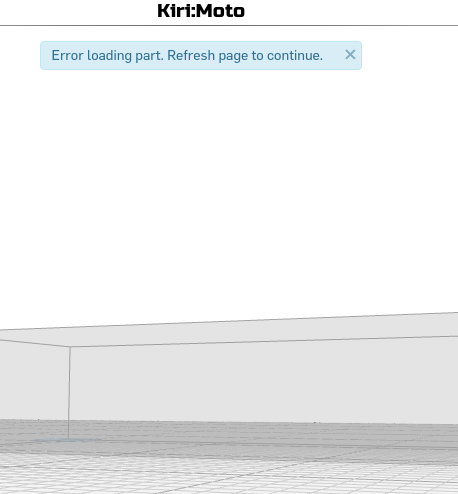 But one more point about the incompletely cut slot: as I mentioned, I get the same behavior if I replace the roughing pass with an outlining pass. I’d argue that in this case, the requested outlining is incomplete, since it hasn’t outlined the full height of the material.

I’ve seen this Onshape problem and have yet to diagnose the issue. Their server is rejecting session keep-alive for some reason.

Thanks for the suggestion. I’ll play with it more later. All I’m succeeding in doing right now is this, which doesn’t seem like the right path to success 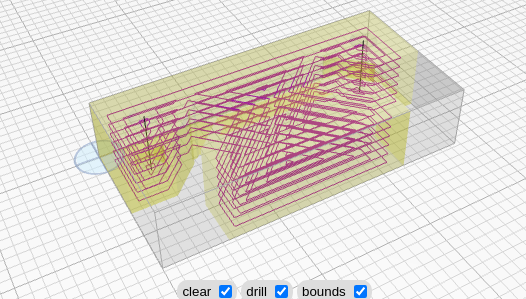 you only select the bottom of the slot you want to clear out. at least that was my thought.

Okay – I’d tried that, but I wasn’t selecting enough edges of the slot. This is better, but because it’s restricted to the area reachable by the 1/4" end mill, it won’t do the whole slot. 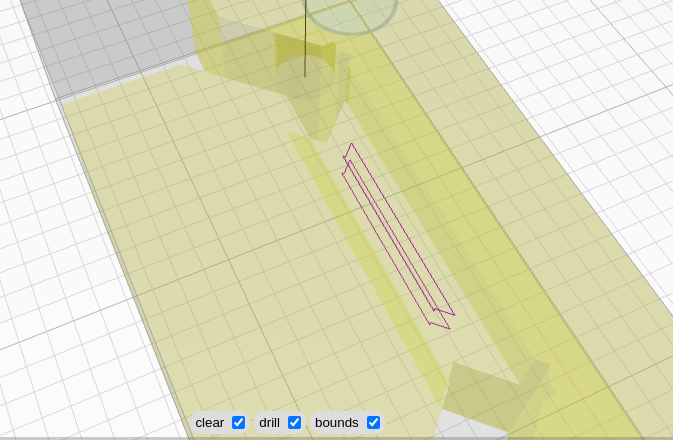 It’s okay – I have a way forward with roughing or outlining, and the depth of this particular slot isn’t really critical anyway. Thanks.

Even with clear-faces set, it seems that tabs aren’t cut to their proper height. My tabs are .06" high, and my step-down is .1. This is true whether I use roughing or outlining. 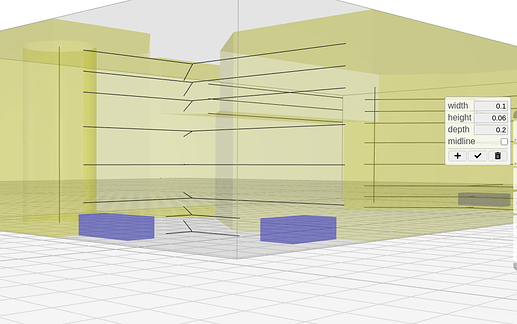 tabs aren’t considered faces since they’re synthesized. is that an issue. it’s obviously fixable. I’m sensitive to introducing yet another pass. I would like a more discrete fix that clears just the face in that area. but it’s easier said than done.

The way it is, tabs will always be at least as thick as you specify, which is normally good enough.

But it’s not what the user asked for, right? By not honoring the user-specified config, KM is breaking a contract, of sorts. I confess I didn’t notice the extra thickness until after I’d done several physical carves, and then happened to notice the discrepancy while pivoting an animation around. But I do remember being surprised initially that my tabs were so stout. Clearly, now that I understand the behavior, I can live with it. (But I’ll probably always think of it as a bug.

I suppose I think my original problem in this post (especially with respect to outlining) also represents a broken contract between KM and the user.

ok, elevating the priority of this