Rendering issue with many holes

I’m building a large CNC (680x600mm, usable 650x385mm) from a laser engraver and I need to mill a board with holes to attach clamps and carve X- and Y-oriented lines to help placing the stock parallel to the actual X and Y axis of the CNC . I’m designing this board with Openscad and it looks ok in it. When rendered in Openscad and exported as STL, I load it in Kiri:Moto and it looks ok too. The roughing takes a couple of minutes due to the part size, and the vizualisation looks ok again.
The issue can be seen when exporting, after the rendering. Some holes are displayed differently, for example the three first ones at X 200 or X 475, but there are some others elsewhere. I’m generally using CAMotics to check the G-code before actually milling, and those holes are missing in the simulation. Some line segments are missing too, at the same locations than the missing holes. I tried with a few other online G-code simulators, the result is always the same : http://lycee-europe-dunkerque.fr/outils/gcode/, https://ncviewer.com/, …

I’m generally using Firefox and I don’t think the issue comes from the browser, but I tried with Chromium to be sure : same issue.
I checked the memory and CPU consumption during the slicing and rendering operations : nothing noticeable.
I tried to reduce the number of holes to see what’s will happen, at 60mm (77 holes) between each of them only one (middle of the rightest line) is wrong. At 65mm (60 holes) 6 holes are wrong, so it’s not related with the number of parts.

I can send to you the code for testing, I just need to translate it from French to facilitate your tests. 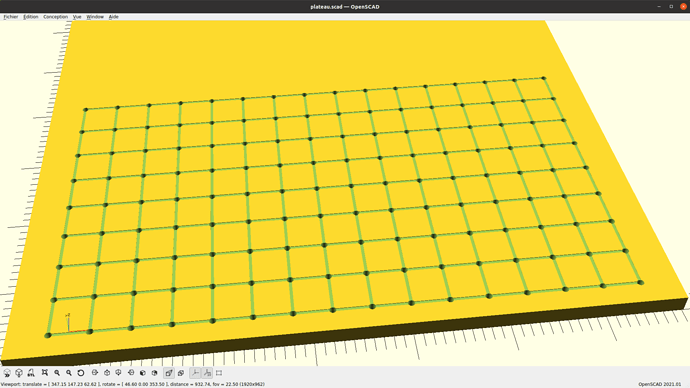 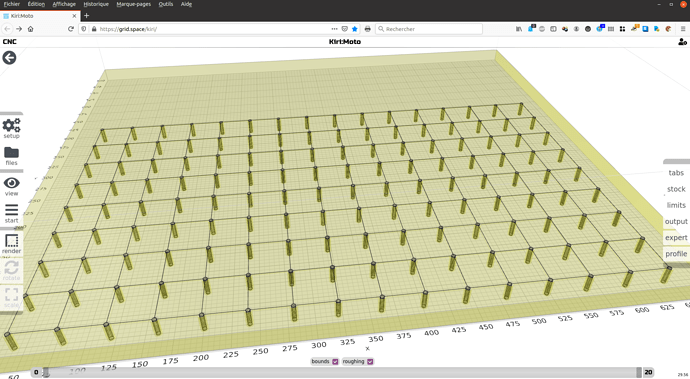 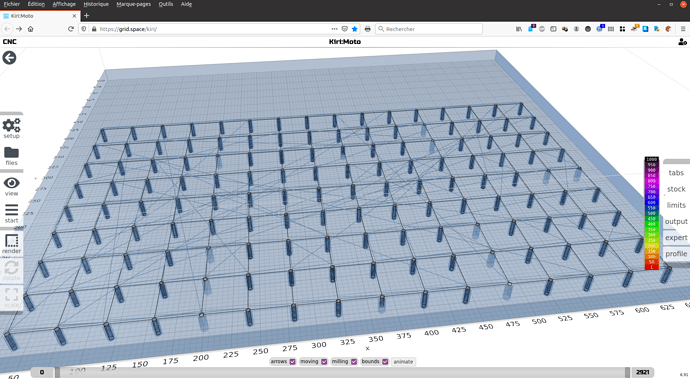 After the export, the bad holes are highlighted : 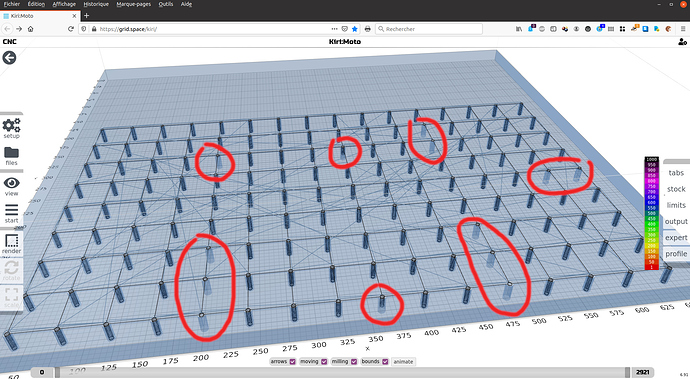 Thanks for the report. I’ve seen this on a couple of STLs from OpenSCAD. Can you right-click export the workspace and send me the .km file?

Sent to your s…o mail address.

awesome. I have a fix that will go live in a few hours. the nested circles as represented by polygons were faceted enough that the nesting engine did not believe one would fit inside the other. I have relaxed the test to allow this to complete properly.

sorry I forgot to answer you about this issue, shame on me.
I haven’t actually milled a part with this fix but it looks ok in the GUI and in CAMotics.

great. thanks for checking

That’s the least I can do : you develop, we discover issues, you fix them, but you need a feedback