There isn’t a “what have you used KM for” section on the forum, but since you’ve had to look at my generic-looking ‘U’ shape for weeks now, I thought I’d share the end goal, now that I’ve attained it.

I collect antique sewing machines. I recently got an 1866 Grover & Baker machine which is in excellent condition, minus several missing pieces of trim on the outside of the cabinet. Recreating these in the past would have been beyond my wheelhouse, even with my home-brew mill, simply because generating the G-code with the shell scripts I’ve used in the past for basic polygons and circles wasn’t going to cut it.

Kiri:Moto to the rescue. It worked great. I prototyped in cellular PVC (trade name “Azek”, in the US), then in poplar, and finally did the final carving using some scraps of 1870s American Chestnut from another sewing machine cabinet.

The close-up picture is of the face of the bonnet top at the right of the second picture. The U on the left end (of the closeup) is original (but had fallen off in the second picture), and the piece on the right is my reproduction. All of the original pieces had been hand sanded for a custom fit to one another, and I did the same with mine. There are three U pieces missing in total, and I’m in the process of carving the rest now. (They last two go on the hidden far end of the bonnet top.) 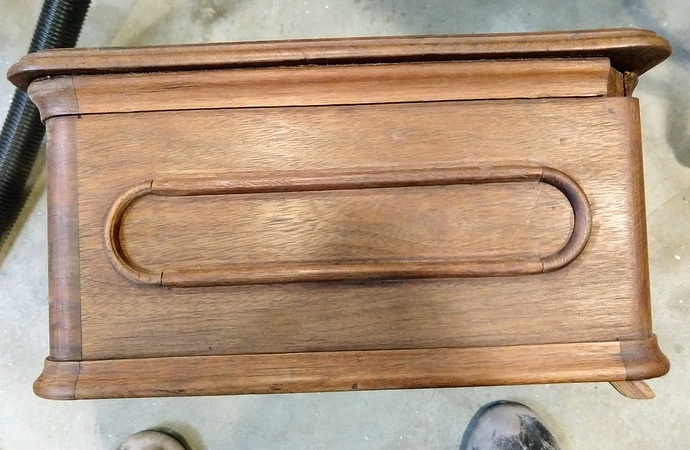 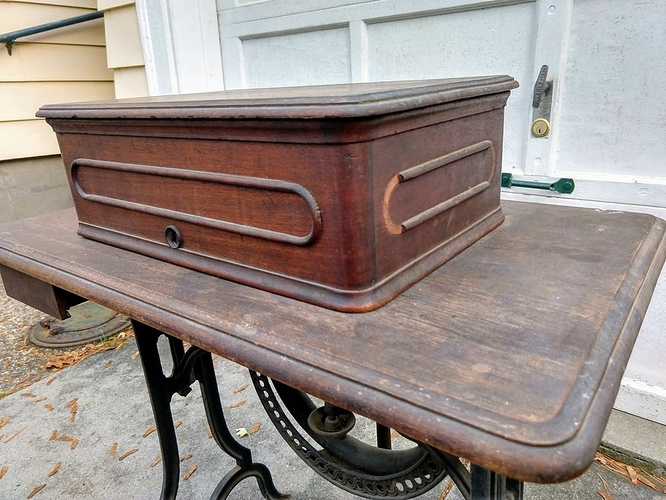 There isn’t a “what have you used KM for” section on the forum, but since you’ve had to look at my generic-looking ‘U’ shape for weeks now, I thought I’d share the end goal, now that I’ve attained it.

This is awesome. Thanks for sharing! Now all the parts you’ve been working on make sense.

Carving the U pieces went so well, I think I’m going to try carving that piece of missing corner trim you see (or, rather, “don’t see”) in the closeup picture, as well. The hard part there will be getting the profile curve right. I have a probe input on my mill – I think if I wrap the piece in foil, I’ll be able to probe the profile, and once I get it into Onshape and smooth it somehow, then I can revolve it by 90 degrees. That’s my current theory, anyway.
paul

Well, it took a lot longer than I thought to recreate the rest of my sewing machine’s cabinet trim, but I was eventually successful.

As I said previously, I scanned the piece using my mill’s probe input, after wrapping it in some thin foil from a chocolate bar.

Eventually I realized that the piece must have been a bit tilted when I scanned it, because I had to manually adjust some values, but it was a good start. I learned a lot about using Onshape – I won’t go into those lessons – but KM was fantastic. Thanks again, Stewart, for all of your hard work and support. I hope my persistent bug reporting was more helpful than annoying! 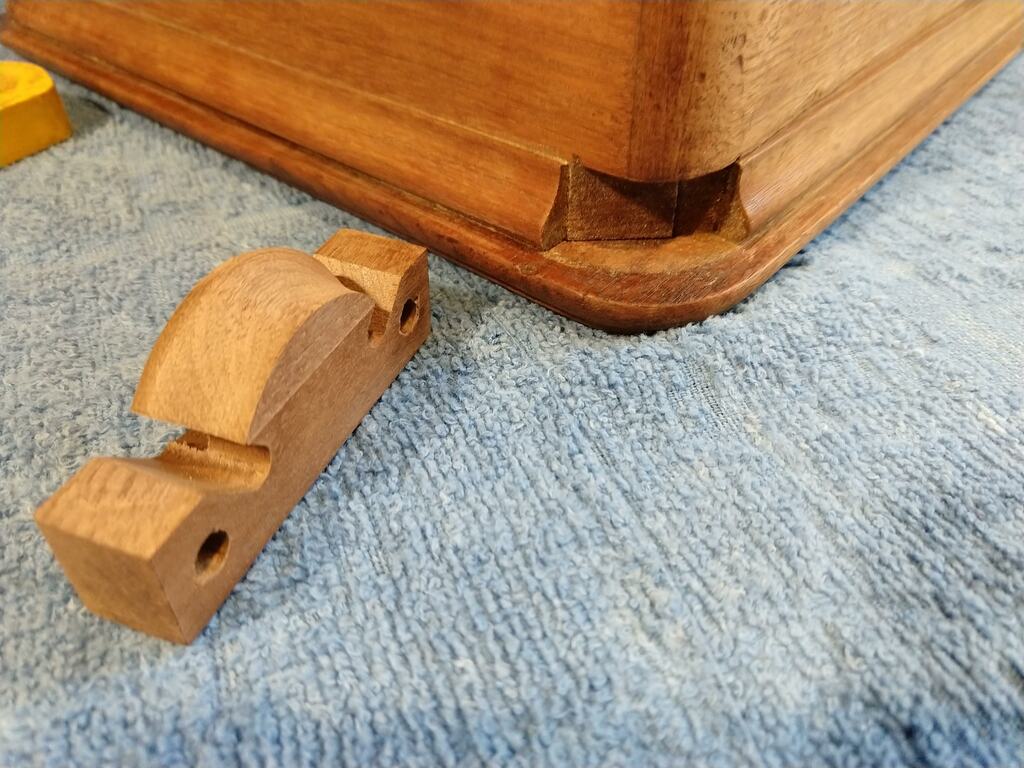 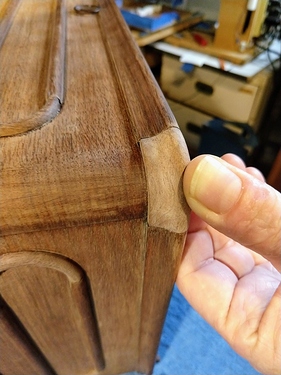 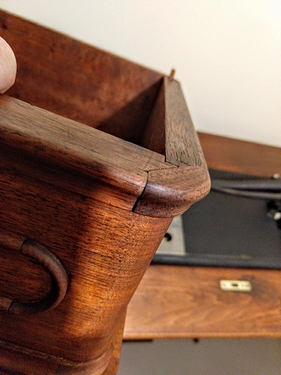 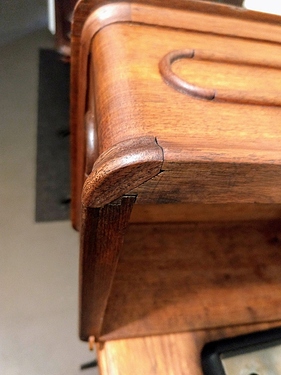 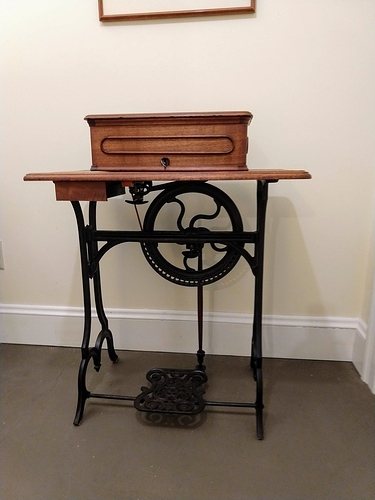 love it. what am amazing journey. first time I heard about the scanning bit. maybe I should try that