Is it possible to Trace on two sides?

I have been experimenting with methods of creating a chamfer around the edge of a piece.

I can easily use a 90° tapered bit and trace to set this up, but when I flip the part and set up a new trace on the other side the original trace is highlighted and it can’t be done. I thought that following the inner edge of the chamfer would keep the trace in 2d but apparently not.

Is there “proper” way of doing this? (I can use the router with a pattern following bit in less time than it took to write this, but I am curious.) 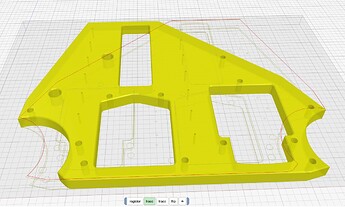 all trace operations should be discrete and not shared any data. please right-click export your workspace and email the .kmz file to me [ sa at grid dot space ] since it sounds like a bug

At least knowing it’s not something I’ve done is reassuring!

Thanks Stewart, I’m not sure if what I want to do makes sense, but I’m playing with running a chamfer round the perimeter using “outside” but setting the trace to the inner line of the chamfer on the model.

That works well enough, as does my engraved line, like the stray circle in the centre of the pic which was done by lying about the diameter of the bit to calculate the offset. (The inner circle is a cutout in the model.)

Is that a legitimate strategy? It saves asking you for an offset dimension box (which could get messy)! 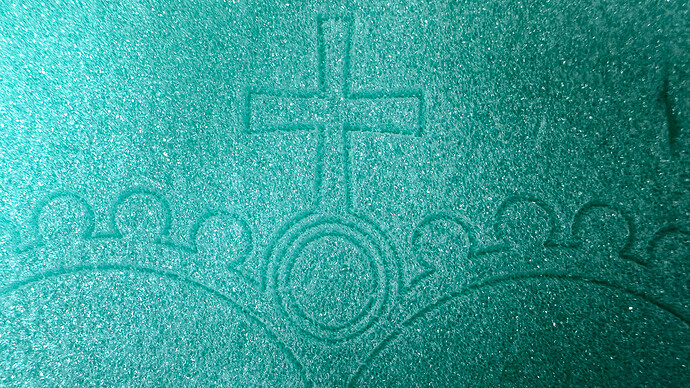 I think that’s a legitimate strategy with the current feature set. I also think it’s legitimate to ask for an offset parameter. To save you the trouble, I’ve added it to the todo list

Thanks very much for that Stewart! I have already found another use - I had to locate a long thin piece of stock on the spoil board - yes I could have (and did) measure it, but I needed an accurate line so I could flip it (not enough stock to use the flip tool), so it was easy to engrave a perimeter on the spoil board with a 10mm offset to locate the stock.