How to refresh or update model with changes

I’m using Kiri in OnShape. After setting up a part to cut, I realize a dimension is off so I make the change in OnShape, but the change doesn’t show in Kiri:moto and I can’t find the right way to update. I’d like to avoid redoing the machining setup when a single feature changes dimensions. Is it not possible to update the model, or did I just miss the command somewhere?

there is a replace vertices button in the tools menu, but I just noticed it’s not working inside Onshape. so let me go fix that! 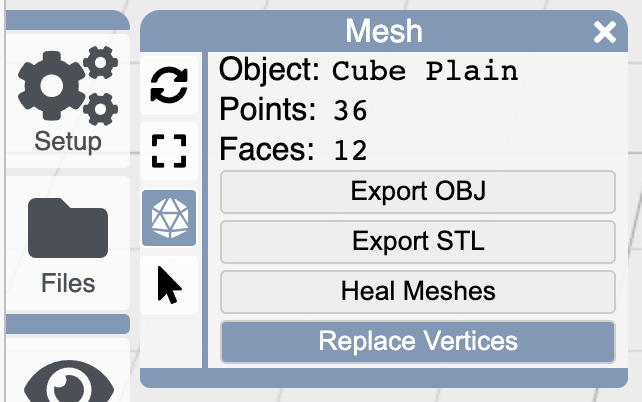 with the exception of tabs and trace operations, the rest should be independent of part geometry meaning you can just delete and re-import it into the same workspace. ops will be preserved.

Tabs and trace were really the only things I was trying to preserve (and part orientation), but these aren’t a huge effort to replace for most parts. Was not aware of the “Replace Vertices” command, though can now confirm that in OnShape it opens a local storage file lookup instead of the OnShape directory tree. Thanks.